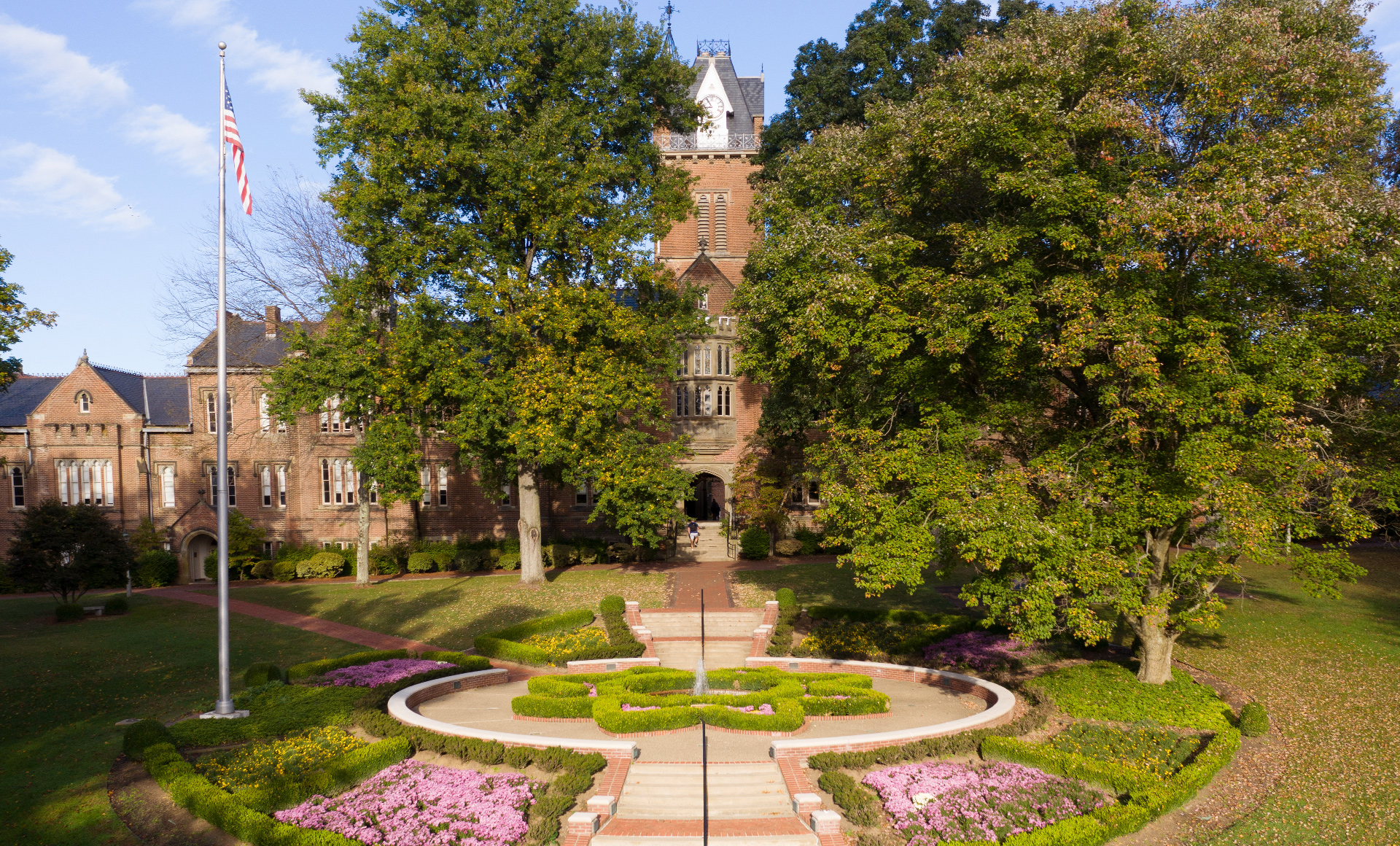 BETHANY, W.Va. – Julie E. (Payne) Bloemeke ’94 expected to promote her first full-length book of poetry with a release party then by traveling the United States for a series of poetry readings and book signings. But “Slide to Unlock,” which recently landed Bloemeke a nomination for Georgia Author of the Year, was released by Sibling Rivalry Press on March 12, 2020, just as COVID-19 unleashed travel restrictions and stay-at-home orders and sidelined most anything traditional.

“The difficult part is I have yet to have that experience where I have sat in the bookstore, reading from the book and signing the book face-to-face,” Bloemeke said.

While some might consider the pandemic poor timing, in some ways it is serendipitous.

Consider the collection’s dedication: “for anyone left on hold.”

Those words, which eloquently sum up 2020, were written several years earlier, Bloemeke said.

“The timing was just fascinating to me,” she said, noting that the book was 10 years in the making. “I could have never known that the dedication would come to represent all of us in the pandemic, too.”

Bloemeke is nominated for Georgia Author of the Year in the full-length poetry category. The Georgia Writers Association will announce the winners in June via Facebook Live. On Friday, she celebrated the anniversary of her book release with a Zoom event that drew people from throughout the phases of her life, including teachers. Several fellow writers shared poems from “Slide to Unlock.”

“To me, there is an inherent beauty when someone else brings life to something you have written,” Bloemeke said. “I hear them in ways that I could have never heard them.”

With “Slide to Unlock,” Bloemeke said she was pulled into the way we speak about technology and the language we use to do so.

“It’s about the way you can form relationships through technology,” she said. “You can have a conversation and ‘know them through the screen.’”

The poems in “Slide to Unlock,” Bloemeke said, examine spaces of intimacy and connecting through technology. The poetry is divided into four parts: “Dialing In,”  “Calling In,” “Call Waiting,” and “Cellular.”

She says she considers herself a conduit of poems that need to be written, and though she is heavily influenced by changing technology, Bloemeke prefers an analog approach to creating each poem.

The Toledo, Ohio, native frequented that museum while growing up and said it was “otherworldly” to have her poem hanging for six months in a gallery next to the French Impressionist’s painting.

“Before I knew I was a writer or poet – I kind of had an inkling of the future,” she said. “I would go to the museum and I just felt at home.”

Bloemeke has a Bachelor of Arts in Communications from Bethany, a Master of Arts in American Literature from the University of South Carolina, and a Master of Fine Arts in Poetry from Bennington College.

Bloemeke has an affinity for her hometown, and several poems in “Slide to Unlock” reference Toledo.

“The book is a love letter, in part, to Toledo, and, in part, to love letters and writing them,” she said. “Any moment that I have to shine a light on the city, I’m going to do that.”

In August, for example, she shared a video of her reading “Glass City” from The Heights, a restaurant on the rooftop of a hotel that overlooks the city skyline, as part of the Wild & Precious Life Poetry Series. Toledo is nicknamed Glass City for its history in the glass industry.

While Bloemeke hasn’t decided if she’ll revisit an in-person book tour for “Slide to Unlock,” she said she would like to return to the Toledo Museum of Art for an event. She also hopes to return to Bethany College.

For National Poetry Month, she and Jane Hirshfield, a leading voice for the environment in American poetry, will be part of a LOGOS Poetry Collective reading via Zoom and Facebook Live at 8 p.m. April 13. And at 9 p.m. May 4, Bloemeke will be a guest reader for the Bardic Trails reading series hosted by Art Goodtimes and Rosemerry Wahtola Trommer through Colorado’s Telluride Institute. Registration is forthcoming at Wilkinson Public Library.

She also has turned her attention to a new poetry collection that was inspired by a folder of drafts shoved aside while she was working on “Slide to Unlock” that she recently uncovered.

“You get so focused on the one thing, you kind of forget about everything else,” she said, noting her surprise that she has already uncovered a consistent theme. “Interestingly enough, it has ties to letters and communications.”